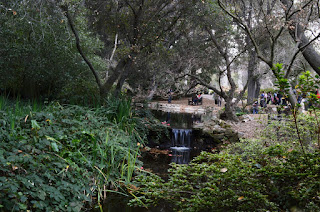 Hiked Saturday, January 30. 5 miles. So this would be (at the time) the fourth place in the last few months where I've walked in non-wild park. In the past, I'm not even sure if I would have counted this as a hike. But, at least at the time I did this hike, the plan was to try to visit several of the local arboretums and gardens. 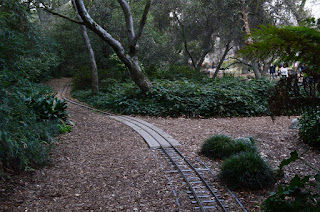 The day I visited was "Museums Free For All Day." Dozens of museums in the Los Angeles area offered free admission this day. 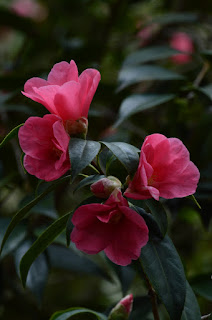 Since I had never (to my recollection) visited Descanso Gardens, and they were one of the free places this day, well, there you go Or, in this case, There I went!

Unfortunately, it seemed about 1/2 of the greater L.A. area had the same idea. The roads around the Gardens were lined for what seemed like miles around. I parked some distance away, and walked in.

When I got in the lot, I was shocked to discover many empty spots in the parking lot. What the heck? I had wasted time walking the streets of La Canada for nothing! 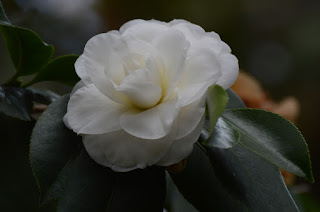 Once at the entrance, it took some time to get. Quite a line of people. And, once in, the entry area was crazy packed. Yet, once away from that area, sure there were lots of people, but I could also easily find areas where people were pretty scarce. The gardens are quite large, that way. So, while some of my photos show many people, others are people-less. And it took no special trick to frame those pictures that way. 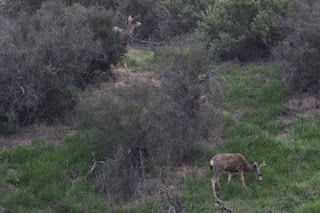 I took lots of pictures, but I also walked quickly. I was here partially for the exercise, after all.

I have been to the Huntington Gardens many times, of course. And I had recently been to the Los Angeles County Arboretum, and to Rancho Santa Ana Botanical Gardens. Descanso Gardens was definitely different. Much more of the landscape looked a little wild, or at least had you walking "behind the scenes." 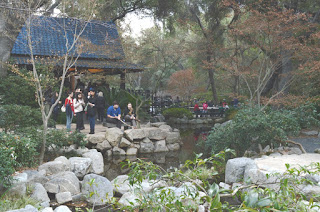 I even ran across some deer walking on a hillside, within the fence. It seemed hillier than any of the other parks, so ou could get up and get a bit of a view of the surrounding area. 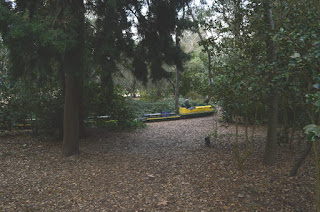 One of those views was of the "touchdown Jesus" figure. He's not actually Jesus. Apparently, he's a representation of nature at a La Canada Lutheran Church. But, at the time, I did not know. I just saw what looked like a HUGE statute, and wondered what it was all about. 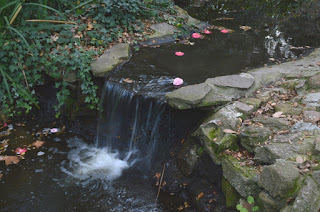 There's also a tiny train that steams among the gardens. 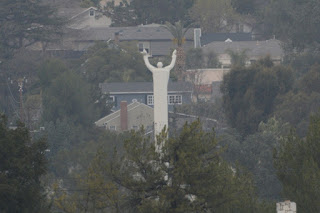 Lots of water features, then the Boddy House. That's where the guy who used to live on these grounds used to live, before it became a park. 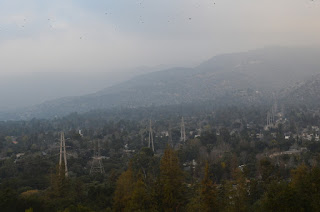 There are other links I'd be interested in adding, but, unfortunately, this stupid computer is just completely dragging. I'm typing, then having to wait several minutes for the words to appear. 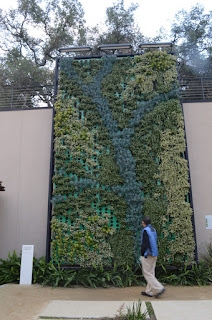 It does this when it's updating, but this has been going on for days. Not sure if this is just not updating correctly, or what. 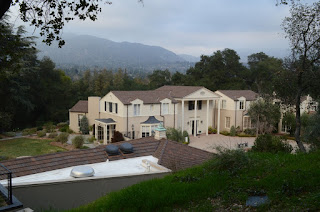 At the time I started writing this, the flowers were mostly NOT blooming. But this is several months later. I'm sure it's more floral, now. 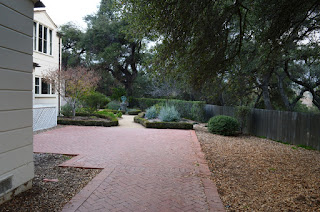 I don't remember what I put down for my mileage on this hike. Probably four miles or so. 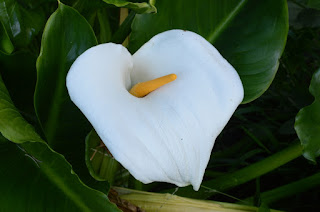 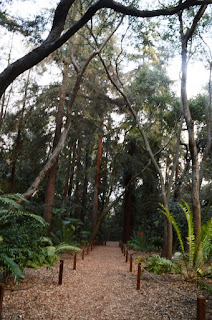 It's been a tough start to my hiking year, by the way. Various medical issues in the family, in addition to just a lack of time, have limited my hikes severely. 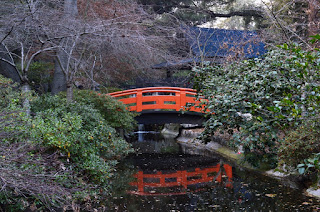 Still going to try to get as much hiking as possible in. 100 is pretty unlikley for the year, but I still want to get some new trails under my boots. Just not going to make 100, I think.
Posted by SkyHiker at 10:16 PM No comments: