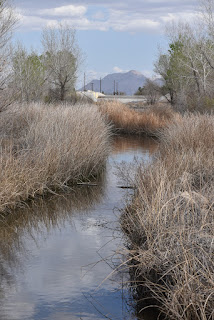 Hiked March 7, 2020. So, the day after my stumble through the North Loop of BLM Trail 404, I got up the next day to spend some time at the Las Vegas Springs Preserve. I've been there before. Looks like my earlier posts were in January of last year, and back in March 2013. I'm sure I've been there other times, but those are the only posts I have.

The Springs Preserve is an odd setup: It's owned by the Las Vegas Valley Water District. In theory, it's "Where Las Vegas was Born." The natural springs that once bubbled up here created "The Meadows" (or, in Spanish, "Las Vegas") that was the original reason for European settlement here. 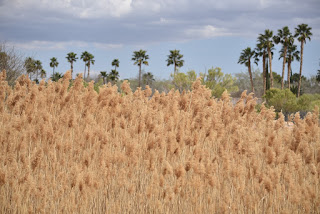 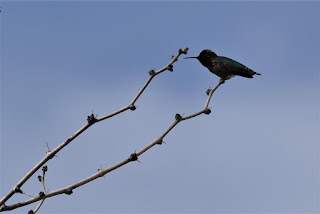 However, the original springs dried up long ago, so, other than some reconstructed water features, most of the 180 acres of the Preserve is just sort of random open space. It still does attract some wildlife, of course, but it's not the best place to see waterfowl in the area, nor the best place to see native and undisturbed desert flora. Still, it's a big ole place to wander around. And, on the first weekend of the month, it's also part of the Museums on Us program from Bank of America. Come there with your BofA card, and you get into the Preserve and all the museums there for free. 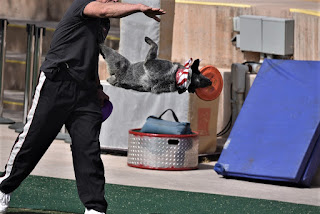 You can also just walk the Preserve grounds (museums not included) if you joined a botanical garden in your area that has reciprocal privileges through the American Horticultural Society. The Los Angeles Arboretum is part of that program, so on what was the first full weekend of March 2020, I actually had two options for seeing the Las Vegas Springs Preserve for free. I went with the BofA option, on the assumption this funnels some extra money into the Springs Preserve and the State Museum. 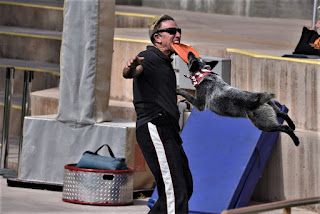 I was mainly just here to get some exercise. I brought my camera, of course, but I had no expectation of any blooms or wildlife to see. On the other hand, I was pleasantly surprised to see that there was a dog show. They had that one of my previous visits, as well. So, with my telephoto lens, I thought it would be a chance to try some action shots. 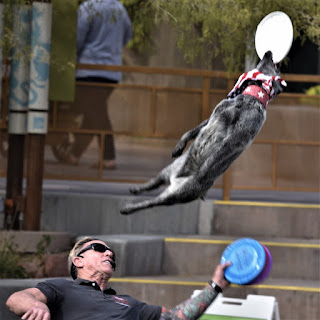 I don't do this very often, so I don't even know the settings to automate some of the features (predictive autofocus, for example, when things are moving). I just set for a high ISO, to allow a fast shutter speed, and a moderately small aperture, to allow for a bit of depth of field.

Because of the (lack of good) shooting angles available, given the audience and what not, most shots were pretty lousy. Some were not entirely terrible. 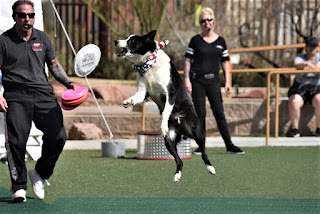 Minor processing of the .jpegs and some crops, to take out distractions.

If I did this more often, I'd learn the preset for predictive autofocus. Also, I should probably take advantage of this home time to learn Lightroom, or something, but that still hasn't happened. 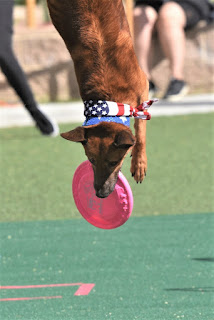 I also bought a color negative scanner a number of mouths ago. The intent would be to scan some of those old negatives and get digital files, before that's all lost to time or carelessness. That hasn't happened yet, either.

After an hour or so walking around the Springs Preserve, and 30 minutes or so for the dog show, that was about it, here. Enough walking to qualify as a hike, and enough entertainment with the dogs to get some decent shots.

Last thing for the weekend and the day was to maybe head over to Red Rock Canyon National Conservation Area. If it was clear, I was hoping for some semi-night sky shots. Didn't get that, but I did get another decent hike for the day. It helped me exceed my step target for the day.
Posted by SkyHiker at 8:39 PM 1 comment: