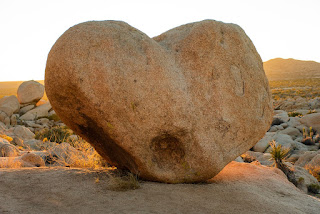 Hiked Saturday, December 5. Spent the night in the Super 8 in Yucca Valley. Although Joshua Tree is close enough that I can drive back home if I want to, if I stay overnight, I can usually manage two days of hiking for one long drive. Also, there was a Wyndham promotion where I needed to fit in a second stay to earn bonus points worth another free stay, next year. I also wanted to squeeze in another trip because I was pretty sure a new "Safer at Home" order was coming, which would eliminate the possibility of overnight stays in Joshua Tree for the foreseeable future. 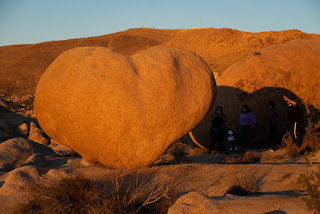 Finally, I wanted to get a chance to practice shooting magnified views of Jupiter and Saturn, in anticipation of the conjunction, coming up a few weeks after this trip. Unfortunately, very little went as planned for this trip. I left home late, and then there was an extensive line of cars to enter the park, and a lack of parking near one of my hiking choices. So I figured I'd just do the short search for Heart Rock. 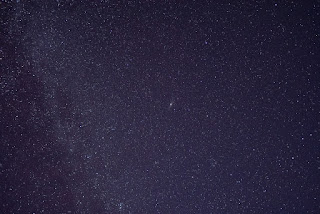 I parked at the Twin Tanks trailhead. That's the trailhead for both Arch Rock and one of several access points for the California Riding and Hiking Trail. I had hiked to Arch Rock many, many times, both in daylight and at night. But I didn't learn until later that Heart Rock was so close by. By the descriptions I read, it sounded like I could just not make the turn to the arch, head up the hill, and I'd find Heart Rock. And that's pretty much what I did. 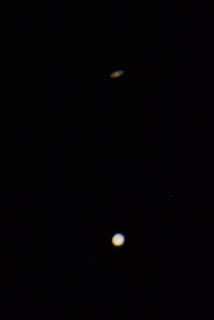 Took some pictues there, then headed back to the parking lot, as it got darker. Once there, I realized that I forgot my tripod for my telescope mount, so I didn't get a chance to practice on Jupiter and Saturn. But I ran into this guy named "Sunny," who leant me a spare camera tripod, so I shot some wide angle, untracked sky shots. The shot one up is centered on the Andromeda Galaxy. I ended up practicing with my telescope at home in the weeks that followed, and got decent (but not good) shots of the conjunction on the 19th, 20th and 21st of December. No hiking for that, but I have taken a number of other hikes in the past few weeks. Will try to blog those hikes in the days to come.
Posted by SkyHiker at 8:39 PM No comments: