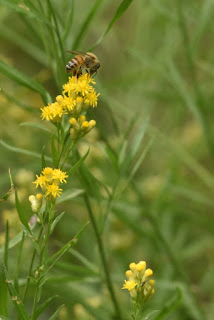 It's apple season in Oak Glen. Made my first trip of the season up there. It was really crowded in the shops, but the trail was still pretty empty, all things considered.

Too early for fall color, and mostly way too late for wildflowers, although there are still some blooming. Lots of sunflowers, near the entrance. I took lots of shots, but nothing special resulted, so I posted none, here. 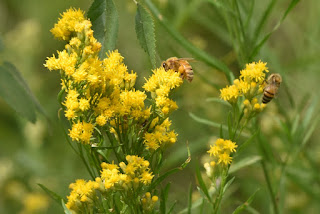 These bee shots were right near the pond, at the top of the trail. Probably half a dozen shots. I cropped three of them, to get nice and close to the bees. 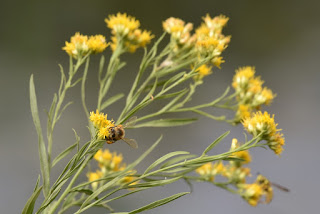 Then I walked down the trail to where it splits between the return trail and the trail to Preservation Point, then came back through the park, completing the loop. I only had an hour to walk, and, even with lots of stops for pictures, no problem with that. 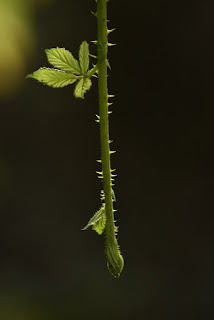 The oak trees are just beginning to change color. I took a few shots, playing with the back lighting. ANd then there was this vine, that hung vertically over the trail. 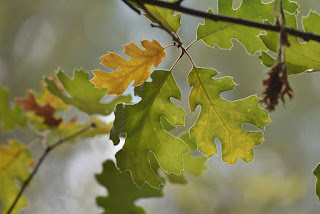 Probably head here a few more times this fall and winter. It's a nice place for a little walk, to break up the drive down to Yucaipa. Probably a 90 minute drive from home. 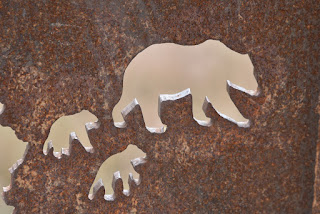 Still need to blog Observation Point, in Zion. Not sure when I'll have time. Plenty more pictures of the Hogle Zoo, too.
Posted by SkyHiker at 10:35 PM No comments: 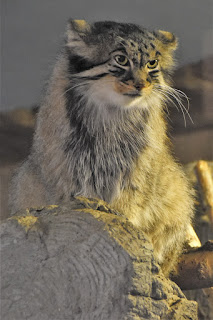 My wife was in need of cheering up over the Labor Day weekend, so we made a short-notice trip up to the Hogle Zoo, in Salt Lake City.

We had read of the birth of Pallas Cat kittens back in early spring, and made some abstract plans to go see them. But, the fact is, it's a pretty long drive to Salt Lake City, so making this a weekend road trip can be pretty exhausting, even if it's a three day weekend. 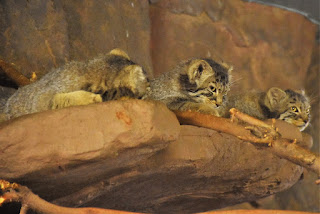 So we made the drive. And despite the three day weekend, the drive up there wasn't bad, at all. 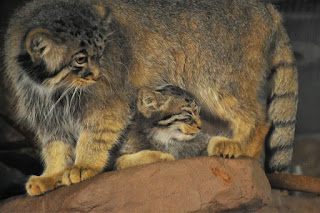 For logistical reasons, we spent two nights in Beaver, Utah. The rationale was that was we could get from Las Vegas to there quite easily, even after work, on Saturday, but it would still be close enough to get from there to the zoo then back on Sunday. Then I'd just have to make the drive back south, through Las Vegas and on to Los Angeles, on Monday, to be back at work, on Tuesday. It worked, but, yeah, while the drive up to Beaver on Saturday and to Salt Lake and back on Sunday were not bad, the drive back to Los Angeles, on Monday, was ridiculous. 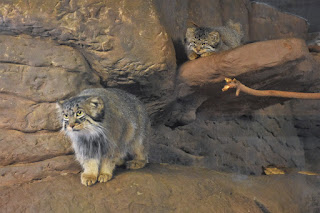 Somewhat ironically, this was just over a year since our previous stay in Beaver, on the way to the total solar eclipse. I never really managed a proper write up of that trip, though. 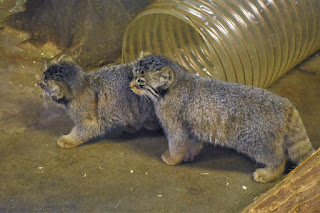 The Pallas cat lives naturally in the high altitude lands of central Asia. That means they do well in moderate altitude like Salt Lake, and you don't find them in zoos in southern California. Hence, the crazy drive. 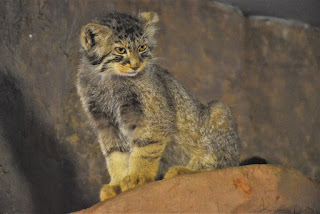 The cats and kittens were as cute as advertised. And, yes, we saw other things. But I took probably 100 pictures of the Pallas Cats, so they get a post of their own. I'm still pretty behind on other posts, but I figured this one would be a quickie. This is a short, 1 mile roundtrip hike. I first hiked this almost 20 years ago, and intended to come back here later this night to photograph the night sky. But I forgot a tripod part, so the night hike got scrubbed. Took night shots at Canyon Junction, instead, which worked out mostly better.

The trailhead is right at the east entrance to the tunnel on the Zion-Mt. Carmel highway. If you're coming from Canyon Junction, there's a small parking lot on the right, immediately after exiting the tunnel. If you miss that, or you're not driving a compact car, there is limited on-the-side-of-the-road parking, mostly on the north side of the road. If you're coming from the east and you don't park soon enough, you're forced to drive through the entire tunnel before you'll find a place to turn around, so don't do that! 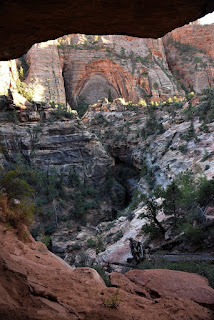 The tunnel, according to the Park Service, was built between 1927 and 1930, and was not intended for oversized vehicles, so if you're a large camper or RV, you'll have to pay an extra fee and schedule your passage through. If you're a commercial vehicle, you'll have to go some other way.

But that means everyone who drives may need to wait for a convoy including an oversized vehicle passes one way or the other. I was waiting in just such a queue when I snapped the first shot of this post with my phone camera. Yes, I was stopped. 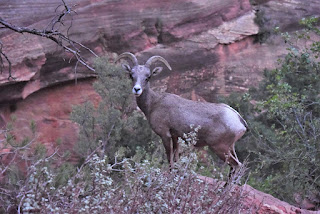 The trail is highly engineered, with steps cut or blasted into the rock, and railing or bridges at a few crossing areas, and at the end of the trail.

Right after passing the overhang above, I ran across a small herd of desert bighorn. They were still in the area when I walked back, maybe an hour later. Even without trying, they were no more than twenty yards from me as I passed. 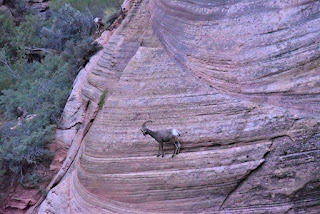 The reason for the long gap in time for such a short hike is that I, like many others, waited for sunset. The canyon view looks more or less to the west, so the sunsets in the distance. On the night I was there, there were plenty of fluff clouds that I thought made the sunset pretty spectacular. But someone while I was there pronounced the sunset "a dud." I'm not sure if he was being ironic. It's hard to tell with people, sometimes. 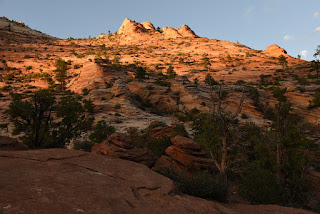 The other thing people apparently like to do now is, rather than take photos or enjoying the sunset directly, they want to stand on a rock and be photographed as though they are somewhere precipitous. Fortunately, they apparently are good enough at Photoshop that they can just edit you out, so you don't actually have to care if they keep crowding behind you to stand on a rock and strike a pose while their friends take their pictures. 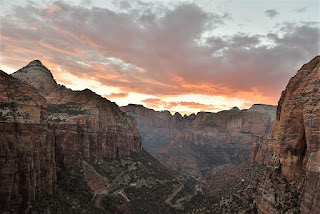 In the old days, you could just take a picture of a place, and people could tell by your having taken a picture that you were there. Now, however, it's apparently required to place yourself in the picture, with that very special pose. Even the "I'm gazing out and enjoying the sunset in solitude" shots need to be posed, reviewed, and reshot, which would seem to me to make it really hard to actually "enjoy the sunset." But that's just me. I spend the time around sunset watching the changing colors and shadows of the clouds and landscape around me. These moments are fleeting enough that I don't want to be distracted with how I or someone else looks in their selfie or "candid" moments. Yep, grumpy old man! 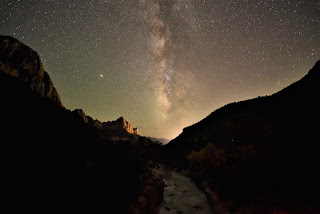 Did an overnight trip to Zion National Park last weekend. Stayed in Watchman Campground on the night of the 7th.
Just took two hikes, neither of which I've posted, yet.

During the overnight, I drove up to Canyon Junction for some Milky Way shots. 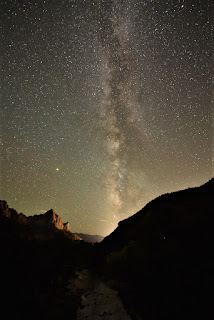 Unfortunately, I forgot the adapter for my tripod to my camera, so I had to shoot either balancing the camera on the bridge railing, or balanced on my sweater, atop the railing. The shots came out okay, although obviously if you zoom in, you can see evidence of camera wobble and movement during the exposure.
Hopefully, next time will be more successful.

Not sure when I'll have time to blog my hikes. The short one, maybe this weekend. The longer one will take longer to sort pictures.
Posted by SkyHiker at 10:18 PM No comments: