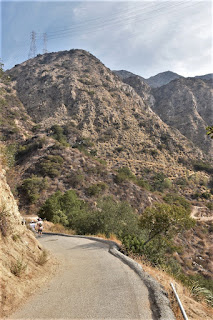 Hiked Saturday, July 24. I've got at least six other hikes I still need to blog, but this was the latest. Just did a quick edit of the photos with Microsoft, as it's faster (but not nearly as powerful) as Lightroom.

Hiked yesterday. Accessed via Pinecrest. This makes the hike approximiately 9.1 miles each way. Unfortunately, I forgot to start my Alltrails recording before I started, so I just recorded the return leg. Screenshot at the end of this post. 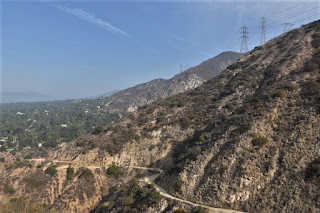 Although I had been checking on trail access up to Mount Wilson for quite some time, I apparently hadn't checked since May 1. The May 1 Bobcat Fire closure map now has both the Old Toll Road and the Mount Wilson trail (up Little Santa Anita Canyon) as outside the closure zone, which finally gives you a legal way up from the south. 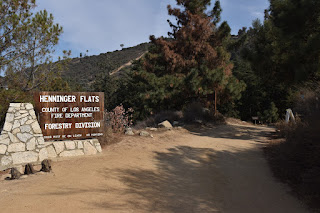 I checked on Alltrails, and saw several mentions of an aggressive beehive along the Mount Wilson trail. Also, the Toll Road is wider, so I figured maintaining social distance would be easier. So I chose to go up that way. 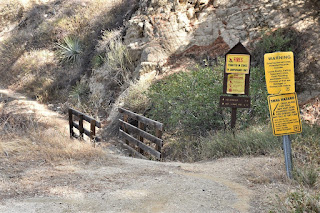 As expected, the lower section was pretty crowded. Lots of cars parked, both down near the nature center, and up around Pinecrest Drive. I picked a nearby sidestreet and parked there. Just as a FYI, actually parking on Pinecrest is limited to two hours on weekdays, and is prohibited on weekends. 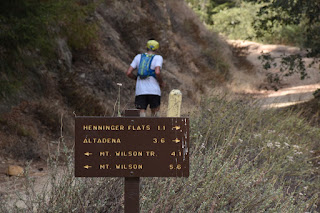 Alltrails gives the distance from Pinecrest as 9 miles, each way. That would make it 20 miles roundtrip, if you start near the nature center. I hadn't realized it was that far. In any event, I started up near Pinecrest, to avoid at least some of the crowds.

Always a mixture of people on the Toll Road: Joggers, slow walkers, fast walkers, mountain bikers. I walked moderately fast up. In fact, I made it in about four hours, which seemed faster than I normally make it. On the other hand, I was pretty tired once up there, so took advantage of the cafe. 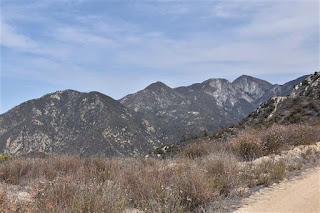 The Cosmic Cafe is only open on Saturdays and Sundays. They also have tours of the Observatory that start from there, but I was too tired and too hungry to want to take one of those.

I had a pricey but tasty turkey sandwich, chips, and a ice cold cup of lemonade for $16. Yes, pricey, but yummy, and I assume the profits indirectly support the historic Observatory, so I'm okay with that. 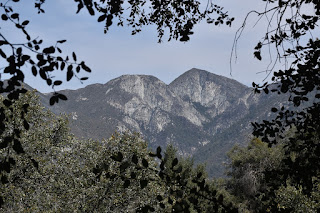 Nice views of San Gabriel Peak, Mount Markham, and Mount Lowe, which I have summited in recent months. Far off to the east, a view of Mount Baldy, which I summited last week. Yes, still need to blog those. 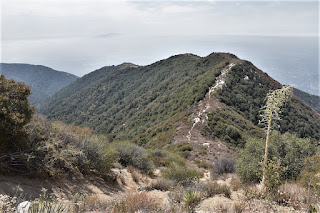 The Toll Road eventually goes north of Hastings Peak, as well. That's connected to Jones Peak, via a firebreak, which you can access via Bailey Canyon or Little Santa Anita Canyon. That's a shorter but steeper route to Mount Wilson. In fact, the Mount Wilson trail is supposed to be several miles shorter than the Toll Road, as well, despite having a greater altitude gain (so lower starting altitude, I guess). 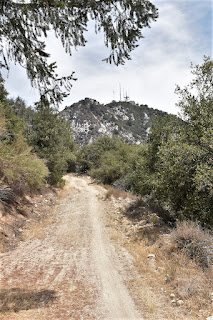 Shortly after the intersection with the fire break from Hastings Peak (coming in from the right), there's a left turn to see Mount Harvard. That's when you know you're in the home stretch. 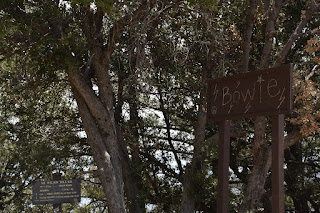 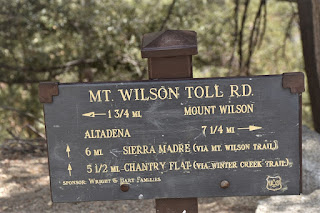 It would appear that the mileage on the sign is at least approximately correct. 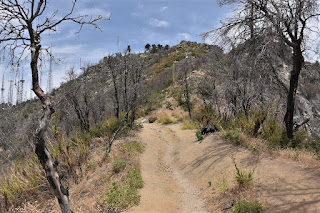 Not far after that, a trail heads up and to the right from the Toll Road. I've never actually walked the Toll Road beyond this point. It's never been clear to me if there is a way to walk or bike up the Toll Road directly, although you'd think it would. Maybe I should ask one, one day. 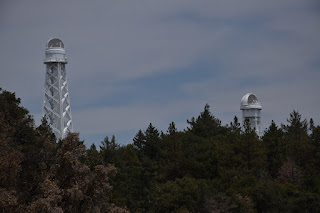 It's only as you passed the intersection with the Mount Wilson and Winter Creek trails and continuned north that you saw some actual impact from the Bobcat Fire. This is sort of why I was surprised the closed the whole area off, in the first place: The fire was mostly kept away from the Toll Road. 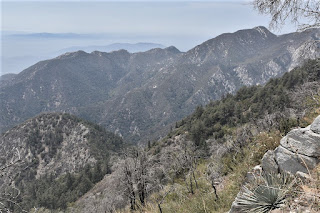 Along this final trail section, the trees along this area were burned. Poodledog bush is moving in, so you need to take some care here, to avoid rubbing too much of them, and getting an itch or irritated skin from them. I'm told it's sort of like poison oak or poison ivy, although I've never had first hand irritation. It doesn't affect everyone, and, knowing what it looks like, I have probably avoided exposure, as well. It's the same with poison oak, for me. 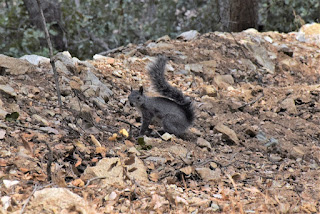 Made my way to the cafe, and had my lunch. I specifically wanted the icy cup so I could add the Powerade I brought up in my backpack. So I drank all of the original lemonade and maybe 3/4 of a container of Powerade, along with my lunch. And, yet, very little pee before I left, so clearly I wad dehydrated. 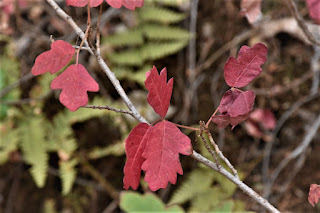 I had started up the trail around 8:30am, reached the top around 12:30pm, and, after my long lunch, started down at around 1:30pm. Ran into several groups heading up, so I was far from the last one up. Did not ask anyone which trail they took, and, if the Mount Wilson Trail, if the bees were still there. 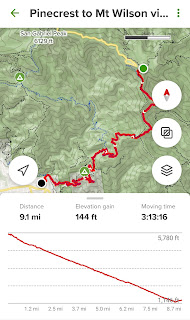 The native California grey squirrel was taken up near the top; the color-changing poison oak was above Henninger Flats. Long, slow return. Didn't get back to my car until after 4:40pm, so a bit over 8 hours for the day. That's typical for me on this trail, except, this time, my speed up was somewhat faster than usual, as was my rest, at the top.