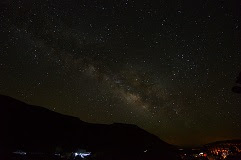 Although I was already off Xeloda (I'm a middle-aged male, so if you're curious, you can do a google search and get a pretty good idea of what I was being treated for) for several weeks when I took this trip, the side effects have not yet worn off. After going off, I am still very sensitive to sunlight. I also got a blister on each of my big toes (like an ingrown toenail). After brief search of side effects for that drug, I found it was also a common side effect. 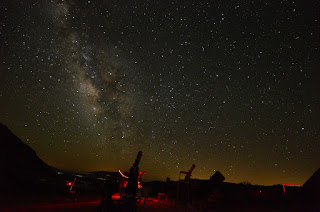 I started this post to talk about the side effects, but decided against delving into so much detail. Suffice to say at this point that I still have not been able to do much hiking, but I remain confident that I'll be able to start that up later in the summer. For now, this is just about the night sky landscapes I shot, while at the Spring 2017 Mojave National Preserve star party. The Mojave National Preserve Conservancy and the Preserve administration co-sponsor these twice a year at the Black Canyon Group and Equestrian campground, near the Hole in the Wall visitor center and campground. Telescopes are provided by Old Town Sidewalk Astronomers. 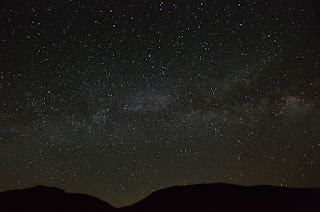 All the Milky Way shots here are with my Tokina AT-X Pro DX, 11-20mm f2.8 lens, attached to my Nikon D3200. The camera is probably about four years old. Since it came out, Nikon has rolled out a D3300 and D3400, among others. So it's by far NOT the latest in dslr technology. It's possible newer cameras would have higher iso capabilities and better noise reduction technology applied. The lens, however, is relatively new, and brand new to me. 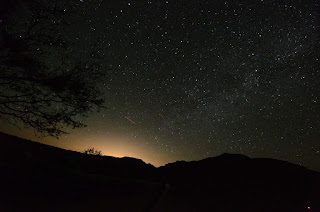 For those of you who aren't dslr shooters, the f2.8 means it's a pretty fast lens. the 11mm at the lower end means it's an extremely wide angle lens. It's not as wide a few as if I was shooting the FX format, but my camera is DX, meaning it's a smaller sensor that detects the picture. It would be about the equivalent of a 16mm lens on an old 35mm film camera. 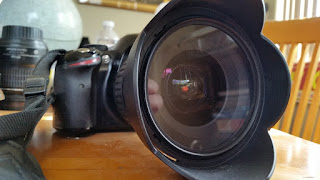 I shot wide open, at f2.8, and 11mm to get the full breadth of the Milky Way. The first two shots were at ISO 1600 and 25 seconds. The latter two were at ISO 3200 and at 20 seconds, or less. These were shot as .jpegs, with the only processing being the resizing to smaller sized files, for faster loading. I'm using a relatively stable tripod, with no clock drive. The camera's just sitting on the tripod. If the shot were blown up enough, you'd see some star trailing. However, at reasonable computer sizes, the shot looks pretty clear. I could probably have exposed for nearly a minute with relatively minimal trailing. Definitely could have shot 30 seconds. 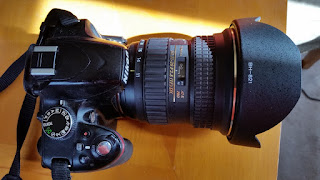 The point of this is, with this lens and not the latest camera set up, anyone can get some pretty interesting astrophotographs. Cameras are sensitive enough to get Milky Way shots that would have taken real practice and processing, not so long ago. Play around with different foreground lighting and framing, different exposure lengths, etc., and you can definitely get shots worth sharing.

The first two shots are of the central Milky Way, near Scorpios and Sagittarius. The third is of the northern Milky Way, near Cygnus and Lyra. The fourth was to the northwest. The Las Vegas light dome is incredibly obvious in that direction.
Posted by SkyHiker at 1:19 PM No comments: