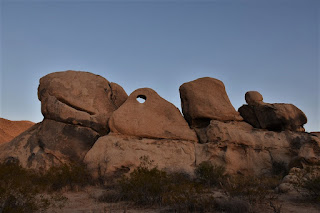 Hiked on April 30, 2022, the afternoon and evening before my previous photo, of the Venus/Jupiter Conjunction. I was mainly scouting out the area for potential foregrounds for the next morning, and also for possible Milky Way shots, later in the summer. I hiked from the Twin Tanks parking area to Heart Rock, then cross-country north, then slanting to the northwest, joining the California Riding and Hiking trail for about a 1.5 to 2 miles. 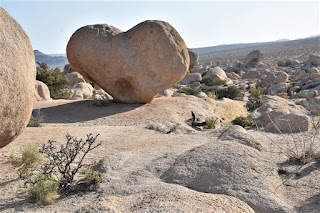 I found two windows, which I photographed, and are definite possibilities for later in the summer. 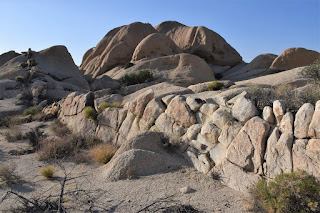 I also found numerous large boulders and protrusions along this path, which might also be interesting foreground objects for skyscapes. 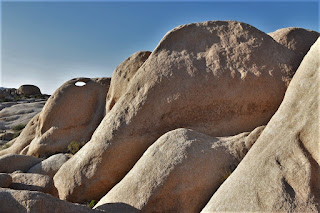 Other things probably wouldn't make a good foreground for a skyscape, but were still interesting. Some rocks almost looked like they had been fitted together as a wall. 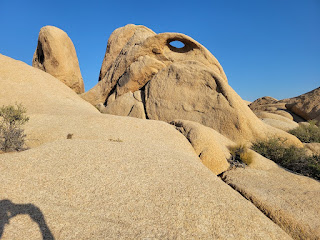 Not a tremendous amount of walking, but enough to give my legs a stretch. And very happy with at least a few of the shots I got the next day, too. 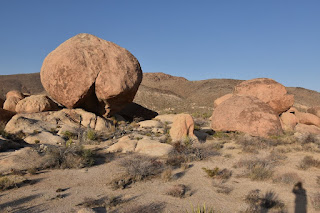 I took several Joshua Tree NP hikes last year that still need to be blogged. Not sure if I'll get to them. 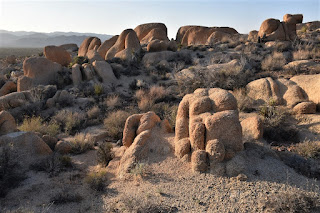 Still many other, more recent hikes to blog, even though I've only managed a few hikes in May. 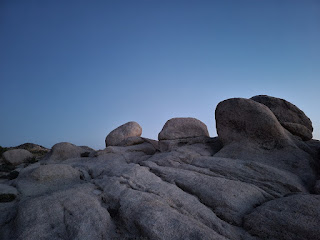 Going to go ahead and post this one as it is. Don't want to keep falling further and further behind.
Posted by SkyHiker at 9:32 PM No comments: 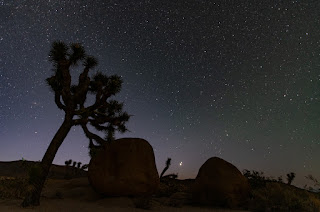 Used some long-held AAdvantage points for a free night's stay at the Motel 6 in Twentynine Palms. Did some hiking the previous afternoon and evening, to scout out possible sites to shoot the conjunction. Closest approach between the planets was actually the previous morning, but I worked on Friday night, so couldn't head out until the Saturday, to shoot, Sunday morning.

Continuous morning fog the previous few days here in the LA Basin, so I was pretty sure I would need to head to the desert to see this, and I did. Hiked just around Arch Rock and Heart Rock. I saw lights around Arch Rock in the morning so I headed elsewhere.

Hope to get my previous night's hike, and other hikes from the past six weeks posted, soon.

TTFN
Posted by SkyHiker at 10:08 PM No comments: