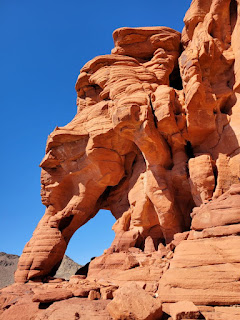 These are from the Redstone area of Lake Mead, just off of Northshore Drive Took these end of May/early June. Headed out here on Memorial Day weekend, and walked around in daylight, looking for possible foreground objects for some Milky Way shots. Came back the next weekend in the dark. The funny thing was the places I found in May in daylight, I could not find in June in the dark.

That's because I used my AllTrails to record my walking in May, but forgot to shut it off when I got back to my car, so I had a ridiculous recording that I ended up deleting I'll have to walk this area in daylight, again, and properly mark my shooting locations for nighttime location. 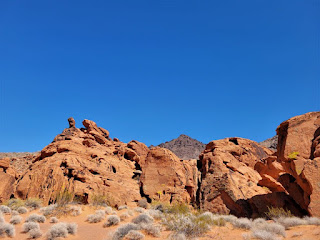 The general appearance of Redstone is similar to Bowl of Fire, except that, because it's so much more accessible and gets more visitation, you don't have many places with the fine and fragile sandstone structures in Redstone that you get in parts of Bowl of Fire. 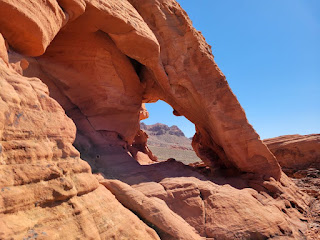 The more I walked around, the more small windows and arches I found. Then, of course, I could walk to the other side of the arch and snap another shot. 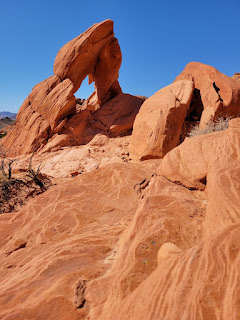 I really wanted to try to snap this guy with the Milky Way, but couldn't find him, in the dark. Definitely something I'll be looking for, next time. 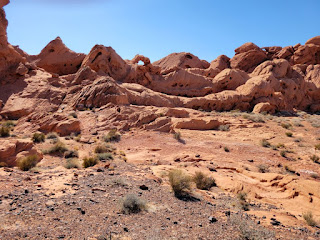 This is the arch you could see from near the parking area. I walked to and through this arch on a previous trip. This time, I also scoped it out from the other side, on a long loop walk around this section of Redstone. But, apparently, this shot didn't make the cut! 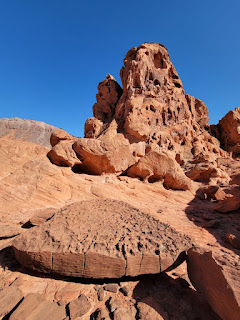 Further south and east from that arch were some interesting water-erosion features. 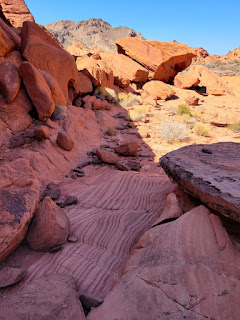 Wavy layers in the sandstone blocks. 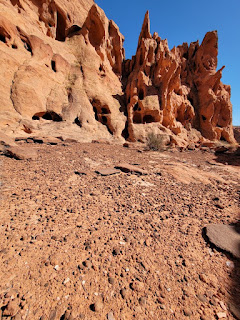 Also, lots of "blueberries," like they found on Mars. 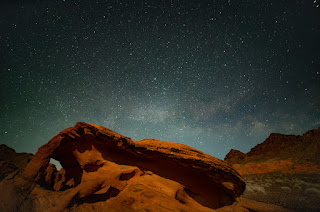 Finally, the night shot I took, when I came back. The Milky Way was barely rising, but I did like the effect. I was planning to get back here a few months later, with the Milky Way higher. Not successful, however. As has been the case for a while, lots of hikes remaining to be blogged.
Posted by SkyHiker at 9:40 AM No comments: