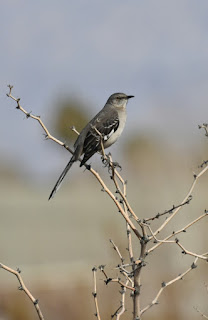 Visited here over MLK Day weekend. I've been here before, but hadn't walked the trails for possibly several years. There's probably about four miles of trails, if you walk them all. I just sort of ambled around and covered most of those trails. It's not very scenic, but there are some birds and rodents in the area. Among the birds, mocking birds seemed to be the most common and most obvious. 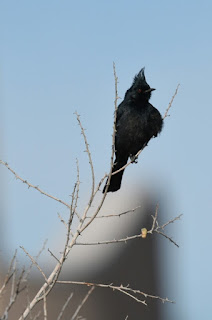 This Elvis-haired bird showed up a few times, too He seems to be a phainopepla.

I also saw a number of hummingbirds, but apparently wasn't satisfied with any of those shots.

The Las Vegas Springs Preserve is supposed to be about 180 acres, which is, very roughly, a little smaller than the area of a square, 1/2 mile along each edge. Honestly, it seems larger than that. It also intersects with several washes, so perhaps that makes the area appear larger.

The northern boundary is U.S. 95, with a very tall sound wall barrier. The west end is Valley View Avenue, with no hard barrier, but a wide and busy road, and development on the other side. The east end is a concrete wash and developed land beyond, and the south is Alta Drive, and developed land. I think the wash provides a conduit for some wildlife to access between the Preserve and undeveloped land, beyond. 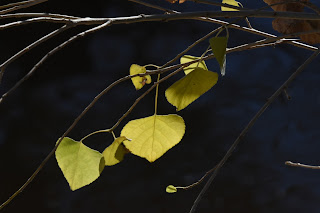 The antelope squirrel seemed to be the most common type of wildlife. I am told a number of fox live in the area, but they're less frequently seen. 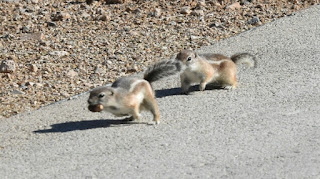 In addition to the relatively-undeveloped portions of the Springs Preserve (besides the trails and roads), there are some demo areas for solar energy and low-water usage home gardens, near the south end of the property. On the west end is the developed campus, which includes several museums, classroom areas, a cafe, and gift shops. The last two shots are from those developed areas. 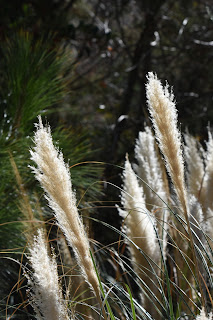 The other hike I took that weekend was to Petroglyph Canyon, in Sloan Canyon National Conservation Area. I've have been there many times in the past, as well. May try to post some pictures from that hike later, too. 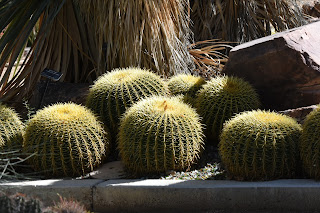 Looking forward to getting one or two more hikes in the Las Vegas area, before it starts getting warm, again. 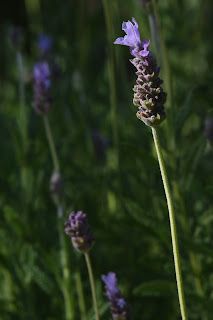 Over the past month, and closer to home, I have hiked several more times around Griffith Park, returned to the Legg Lake / Whittier Narrows Recreation Area and Sturtevant Falls. Still well behind in my posting, despite the slow hike rate.
Posted by SkyHiker at 9:59 PM