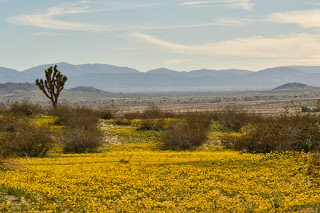 Hiked Sunday, March 9. My Facebook feed showed me a page from KCET's page, about wildflowers blooming in Saddleback Butte State Park. It looked gorgeous, so I spent some time Sunday morning figuring out exactly where it was and how to get there, and looking for my California State Parks Foundation entry vouchers. My lack of organization probably cost me 90 minutes, at least. But, finally, I did find my vouchers (they used to give you seven day passes for the "Park Sampler" level of membership; now, it looks like they only offer you four, which means you can't "make your money back" by visiting lots of parks. Still, the money goes to support state parks, so I'm okay with that, for now. 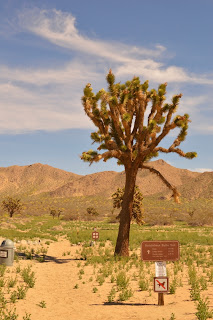 Saddleback Butte is located north of the San Gabriel Mountains. Depending on where you live in the L.A. area, you would either want to drive north on I-5 (Golden State Freeway), then take CA-14 (Antelope Valley Freeway) north, to Pearblossom Highway. After 4.5 miles, Pearblossom changes to Avenue T. Continue driving east an additional 11.1 miles, to 170th Street. Turn left there. After a little over 8 miles, you'll find the park on your right. You'll first pass the campground (which has a trailhead and day parking), then reach the visitor center and the "official" day use area. 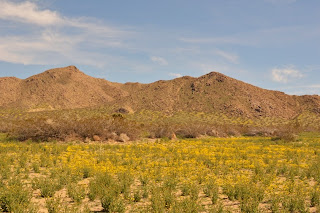 Alterna-tively, if you live further east, it's faster to head east on what ever convenient freeway you have to I-15, then head north. Exit at CA-138 and cross over the freeway. After 26.5 miles, you'll reach 165th Street. There's a traffic signal there. There's also a sign saying right is towards Lake Los Angeles. But there is NO SIGN that says "Saddleback Butte State Park." If you were expecting a big ole sign there pointing towards the park, you'll miss the turn (yes, that was me). There IS a big ole sign if you're coming eastbound on CA-138, however. 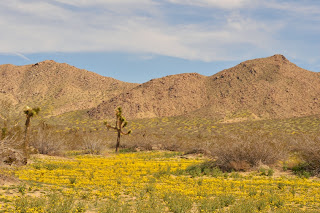 Once heading north on 165th, you just go straight. The road makes a slight curve to the right at one point, and the road is renumbered to 170th Street. It'll also drive right through the town of Lake Los Angeles. There are a couple of stores and restaurants there. One market, attached to a gas station, is where I stopped to buy a pair of socks. It had some, which semi-saved my bacon on this hike. 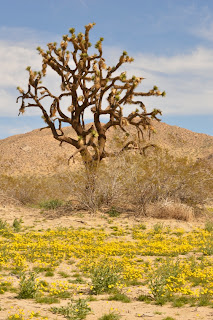 Shortly after passing Avenue M (and a sign for the Antelope Valley Indian Museum), you'll come to a sign for the campground of Saddleback Butte, on your right. I parked there, which is where the trailhead for Saddleback Butte Peak Trail begins. Had I continued 1/2 mile further, I'd have come to the day use area for the park, where the ranger station and visitor center is located. 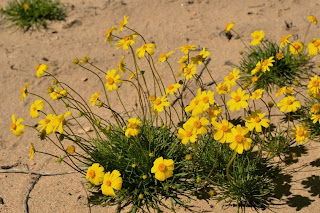 Parking is $6, which you pay by putting your money in an envelope and sticking the envelope into the metal post near a self-registration kiosk. Tear off the stub and place it on your dashboard.

In my case, since I was using a California State Parks Foundation voucher, I placed both the envelope stub and my voucher stub on my dash, just to be safe. 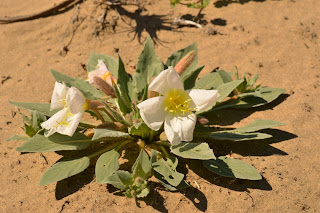 Camping here would be $20, which seems kinda steep, but about what camping costs now, I guess. Each site has a nice shelter and picnic table, and a fire ring. I'm giving some thought to trying one of these spots out for a "dark sky" trip. It wouldn't be very dark, with Lancaster and Palmdale just 20 miles to the west, but it would be comfortable and easy to get to (somewhat quicker and less dusty than Joshua Tree National Park). 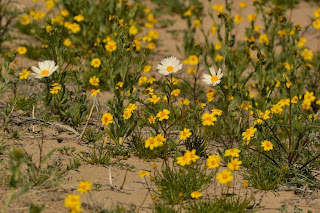 The camp host's mobile home is near the trailhead, as well. Next to that is a really large Joshua tree.

Also near the trailhead is a sign showing it's 1.6 miles to Saddleback Butte Peak, which makes this 3.2 miles, roundtrip. That's kind of a short hike for the drive involved, but the hike itself was just an intermission on the trip to see wildflowers. 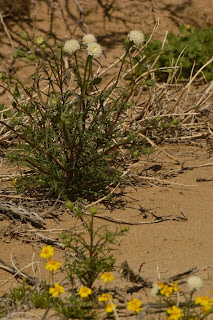 Those started very shortly after I started walking. First it was a few. Then they got thicker. Most were Mojave coreopsis. They were by far the predominant species, and the one creating the rolling carpet of yellow in all of these photos.

The flower in the next picture, I could not identify. It looks pretty typical, but my books and fold-outs for Mojave wildflowers does not seem to contain that one. 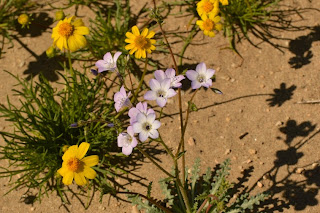 Meanwhile, the trail, which begins as a pretty much straight-shot towards the butte, slowly gains altitude. Finally, as you near the end of the alluvial fan from Saddleback Butte, the trail turns sharply to the right. It makes for the saddle in Saddleback Butte. This means it also gets steeper. But given the shortness of the hike, and that we have not yet reached summer, the hike was not difficult. Though, of course, I was stopping frequently to take pictures, so maybe not exerting myself as if I was just walking. 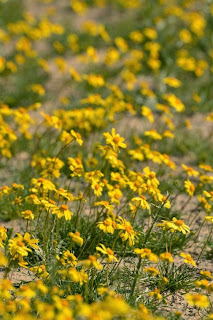 The view from the saddle is itself quite impressive. Once over the top, you can see a wide swath of the San Gabriel Mountains, to your south. You can also see the generally flat expanse of the Antelope Valley around you. No antelope, of course.

Several other buttes (volcanic intrusions) are around you, as well. And, because this is a short hike, if you have a pair of binoculars or a long telephoto lens, you can see your car from here, too. :D 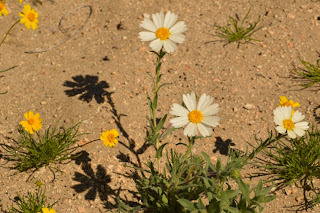 I show my share of photos, then continued the rest of the way. This part is even steeper than what you've done before, but very short. I took it at a comfortable pace and did not find it too challenging. As a result, even when I saw the can that contained the peak register, I elected not to sign it. Just didn't feel like I'd accomplished that much. 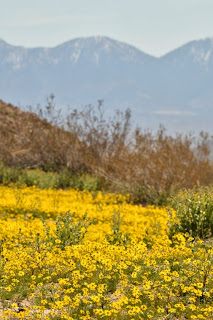 Along that last stretch of trail, I passed several healthy Mojave aster.

I also got to enjoy the first quarter moon, which I first saw on my approach, and was much higher in the sky by the time I got to the saddle.

The few days before this hike had been pretty busy. I had a large astronomy outreach event at a local private school (not alone, but there were LOT of folks coming to look). And Saturday nearest the first quarter moon is my regular sidewalk astronomy night in Monrovia. I was so beat from my Friday night even that I was late and slow coming to join my Old Town Sidewalk Astronomy friends in Monrovia. And I was still tired on Sunday, which partially explains the late start for this hike, too. 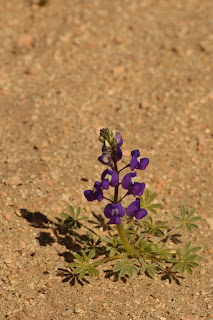 But, obviously, I was glad I came. I hadn't seen such a carpet of flowers in several years, possibly not since a Spring 2010 visit to Amboy Crater.

But that year was a wet year, and I was less surprised by the color riot. This year had been so dry I was pretty much resigned to another unimpressive wildflower season in the local deserts. That made Saddleback Butte a total surprise. 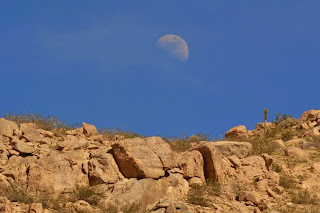 The view from the summit is not completely different from the saddle, but you are, after all, higher. If you go as far as the saddle, you might as well go for the summit. Doing so makes the total altitude gain about 900 feet, which, considering most of that is during just the last 1/3 of the distance, at least a little bit of an exertion. 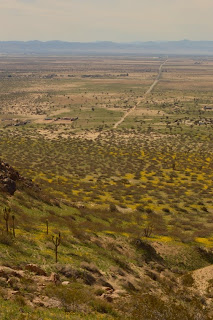 Well, many photos still follow, but I think I've said all I can say about this hike.

I intended to get it posted quicker, in case folks wanted to make their own trip out there this spring. Once I looked at my collection of pictures and realized how long it would take to go through them, I knew posting would take a while. Didn't think it would take over a week, but, with my work schedule, that's not unusual. That's pretty much why I went and posted the link to the KCET story about the bloom. 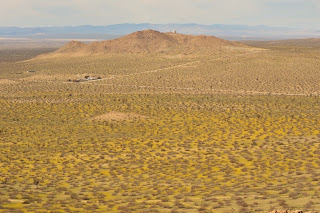 Meanwhile, it's spring break at the school I teach part-time at, which means I've got a little more free time this week. I hope to get at least caught up on my posting (two more hikes after this one I've already walked, but haven't written up), and I also hope to fit in a mid-week, after-work hike. I'll probably just go to Sturtevent, since I forgot my camera the last time I went there. 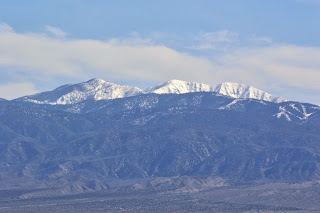 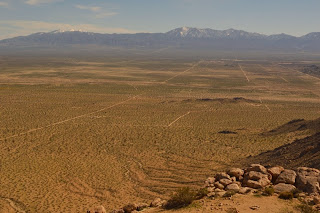 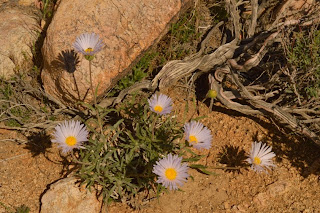 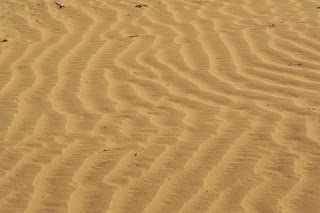 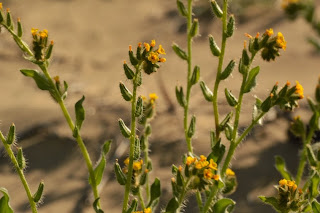