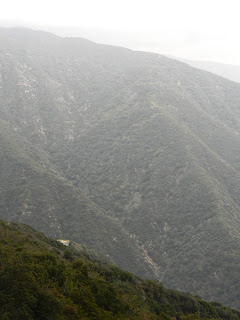 Hiked Friday, February 25. Chantry Flats Truck Trail (11W20) is the designation on Google Maps. It's the road that starts out gated but paved, leaving from Chantry Flats. It's what you walk up as you head towards the Upper Winter Creek trail. Figured I'd sneak a shortish hike in before the Big Snow. :D

Forecasts are for snow line to drop as low as 1,000 overnight. Not sure if it'll happen, but if it does, it'll bring snow to a lot of places that don't normally see it. Heck, even Chantry would get a pretty good dusting.

I also figured on Chantry to get one more use out of my Adventure Pass. It expires on Monday, which is a shame. I was hoping to hike in the Santa Ana Mountains soon (Cleveland National Forest), but if the Big Snow really happens, I'm not sure how things would be on my proposed hikes on Monday. 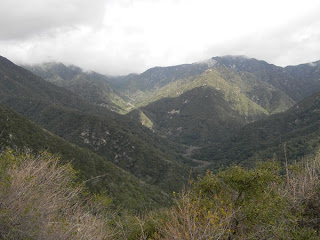 As I drove up to Chantry Flat, a light drizzle began to fall. The road was wet in spots, so I knew they got at least a brief bit of rain here. But when I got out of the car (about 10:15am), the rain had stopped and the sun even popped in and out of view. 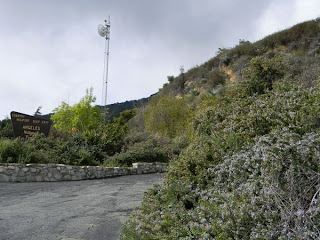 In hiking up the truck trail, it turns out if you hike past the Upper Winter Creek turnoff, the pavement continues for about 1/2 mile more. When you reach the Chantry heliport, the pavement ends, but the road continues. You alternatively get some nice views either across Santa Anita Canyon (east), across and down over Upper Winter Creek Trail (north), or over the San Gabriel Valley (south). 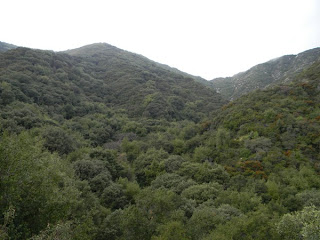 To the west, forest-covered hills pretty much block your view. It's a surprisingly thick forest canopy, however.

Around here, a drizzle began. I was happy that I decided to wear my jacket. That meant I could keep heading up, knowing that, if it really started raining, I could still get back to the car without getting too soaking wet. 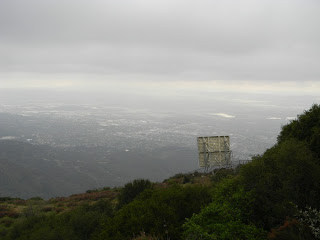 I walked this truck trail almost to the official end (11:50am). I could see the end (judging by the weird antenna or reflector that I saw, and the apiary, radio towers and water tank I saw in real life and also in the Google Map zoomed-in view of where the truck trail officially ends. For a few seconds, a hawk sat on the edge of the weird reflecting thing. 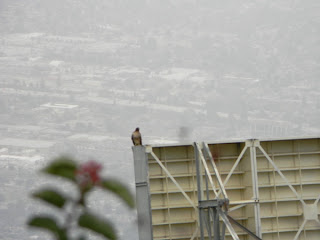 Elsewhere I got a sot of a pigeon sitting in a tree. Yeah, big deal. But that, and the picture of a Spanish broom bloom, were a chance to try out some of the capabilities of a new camera that I bought by transforming batteries and printer paper purchases and Discover Card charges into about 3/4 of the purchase cost of a Nikon Coolpix L110 (long story). Short verdict on the camera is that the 30% pixel increase over my previous camera, and possibly superior lenses do produce sharper pictures. I'm not totally pleased with its focusing capabilities, however. 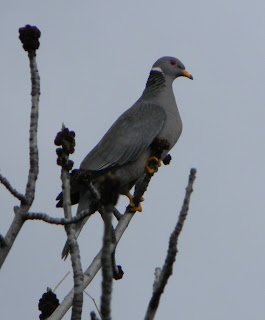 Several use trails continue from there, of course. But by the time I got to near the end, the constant drizzle increased to a moderate rain, and I figured I had better start heading back before the moderate rain turned heavy. 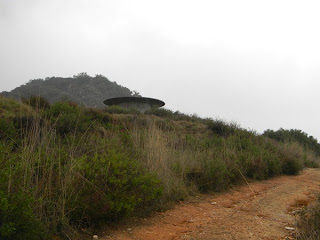 My jacket kept the top half of me dry. Feet were dry. But my pants got a little wet. My camera lens also got wet, so I couldn't take decent pictures on the way back. On close-ups, the camera actually tried to focus on the water droplets on the front lens rather than the flower. I guess it really can take some good macro shots, if I ever have the need. 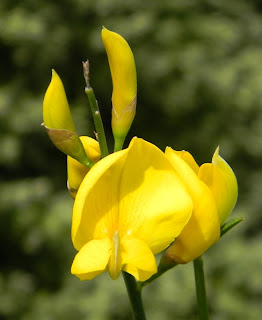 Total hiking time was two hours and twenty minutes. My estimate is I covered between 5 1/4 and 5 3/4 miles. Net gain of about 1,600 feet. Gross gain was probably several hundred feet more.

Chantry Flats is accessed by taking Santa Anita Avenue north, into the mountains. From the 210 Freeway, you can exit and Santa Anita and drive on up.

Traffic was still a little heavy in the morning, and I spent a lot of time at traffic lights. That gave me time to check a lot of gas station prices. That was depressing. . . .
Posted by SkyHiker at 6:34 PM