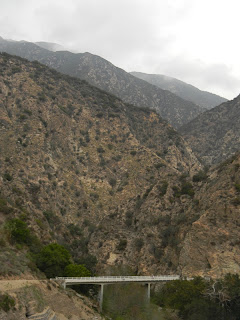 Hiked Monday, February 20. Thanks to George Washington and Abraham Lincoln, I had today off from work. There were other things I had to do today, so I couldn't take a whole day off for hiking. Instead, with just a few hours, I debated between Echo Mountain and Henninger Flats. Since Henninger Flats is closer, I wound up there.

I used the Pinecrest Drive access. From Altadena Avenue (accessible via the Foothill Freeway/I-210), go north, past New York Drive. The Eaton Canyon Nature Center is just north of New York. However, even at 9:30am, people were already parking on the street. So I continued north an additional mile or so, past the midway access point, and just past where Altadena curves to the left. As it does so, Crescent Drive is the road that opens up to your right (it's called Mendocino Lane on the south side of Altadena Drive). 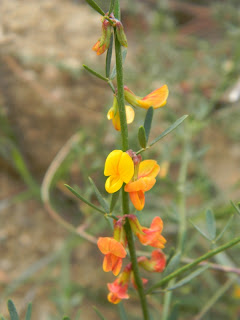 After turning on Crescent, proceed about 200 feet north, parking just before the stop sign. Pinecrest Drive is the road you just ran into. Parking on Pinecrest near the access point is limited to two hours on weekdays, and is prohibited on weekends. Since I wasn't sure exactly how long the walk would take, I parked on Crescent, and walked the additional 100 yards or so to the Pinecrest Drive access point. 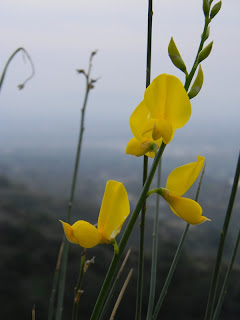 The gate there is locked from dusk til dawn, so you don't want to use this access point if you may return somewhat after dark.

Passing through the gate (topped with razor wire, to *really* discourage after-hours passage, either coming or going), you have a great overview of Eaton Canyon. There's a bridge in front of you. If you were to cross it then loop back under and pass north of the bridge, you'd have a half-mile walk to Eaton Canyon Falls. 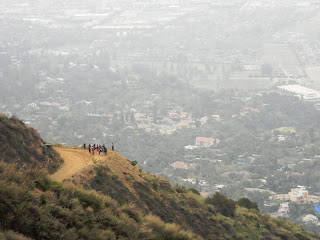 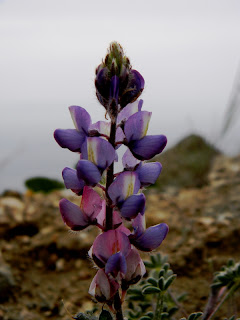 Pretty heavily traveled, by both hikers and mountain bikers. 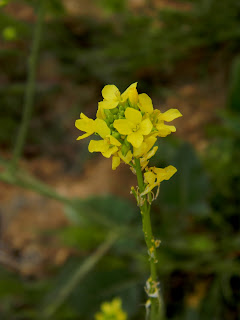 Overcast and cool today. I walked briskly, wondering if I could actually finish this hike in less than two hours, round trip. Because of it's relatively short distance, I usually do not stop on this walk unless it's to take pictures. On cooler days, I don't really need water, either, though I brought the same bottle that I brought (and drink very little from) on Saturday.

A bulldozer widened and recut several areas of this trail a few months ago. 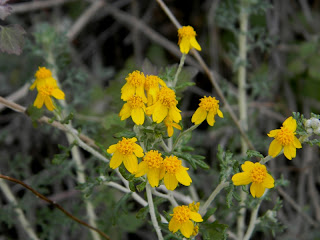 Very few wildflowers here, too. Nonethe-less, I took pictures and present examples of most of the flowers I did see: Deerweed, Spanish broom, lupine, wild mustard, California buckwheat (not pictured), golden yarrow, and a small purple flower that I have not yet identified.

Stayed at Henninger Flats for no more than ten minutes. Took some pictures of the folks walking up the trail, including a large group of college-aged kids that I suspect were on a church outing. 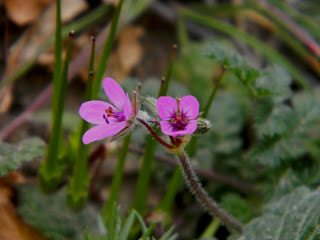 Got back to my car about 115 minutes after I left it. So now I have the answer: Yes, I can park on Pinecrest and get up to Henninger and back in less than two hours, at least as long as it's not too hot.
Posted by SkyHiker at 8:32 PM