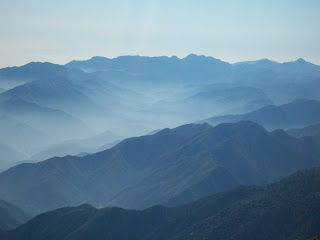 Hiked Monday, June 28. If memory serves, this was my third time up this particular trail, but the first time I started it with the intent of going all the way to Mount Baldy. Unfortunately, I started a little late (about 11am), by which time it was already very warm. 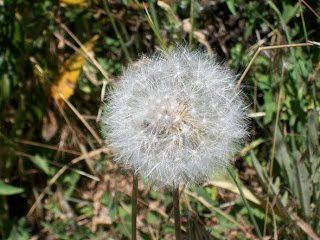 I brought about 1/2 gallon of liquid to drink, but it wasn't enough. By the time I got to the last 3/4 mile or so of the trail (only about 1/2 mile past where I got the last time--and, incidentally, when I thought I got to within 1/2 mile of the summit last time, I was clearly wrong!), I was dragging slowly and down to about 12 ounces to drink. Since I go hiking to enjoy myself and not to experience misery, I decided I had better turnaround. Yes, I *could* have made it up to the top and back, but I would have come down feeling very dehydrated, extremely sore, and stumbling out in the dark. 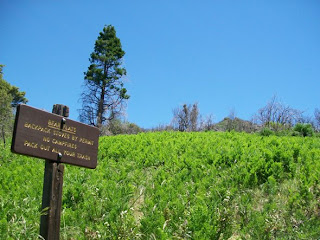 Yep, no doubt about it: This trail is a real butt-kicker. It's steep even before you start the formal trail, while you're still walking up the paved, private road that runs from just south of the visitor center in Mt. Baldy Village. In fact, when you get off the pavement and cross the creek at the start of the actual trail, I'm convinced the incline actually decreases. It continues at that relatively (and I do mean, "relatively") easy incline to Bear Flats, at which point the incline increases, again.

Among the changes between this trip and my previous ones was that Bear Flats is now covered by a thick growth of ferns. My first time by, it was mostly barren. The second time, maybe some annual grasses. This time, it was green, green, green. 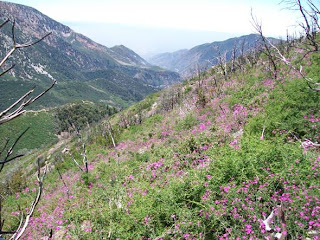 Oh, yeah, there were more bugs, too. Not nearly as bad as Sawpit Canyon last week, but enough to be an annoyance that everyone I spoke to on the hike (yeah, all three people or so!) commented on them. They flew into my ears two or three times, into my nose at least once, and into my mouth once or twice. But, as I said, they weren't as annoying as last week. I wore a hat with floppier brims, that covered my neck and partially covered my ears and cheeks. I think that made a big difference. There were also more flowers blooming this time than last time. On the part shortly after Bear Flat, where the trail climbs through burned-over manzanita and scrub oak, the splendid gilia created nice pockets of purple pretty much all the way up. 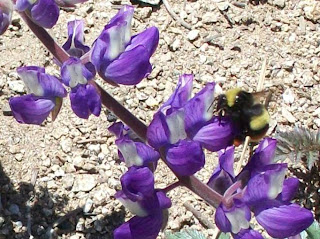 Once I got to the next "level" area (near the boundary for the Sheep Mountain Wilderness), the gilia gave way to lupine. 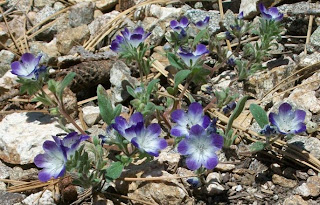 Above the lupine area, were a couple of other flowers. I think the first one was a large flowered phacelia. Well, I don't necessary think they were, but it's the closest match I could make. The other flower, I couldn't even find a likely suspect. 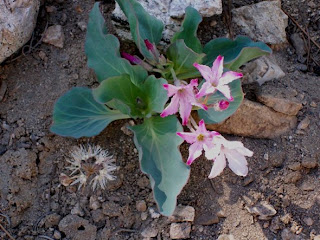 Nearing the top of my hike for the day, the views were also nice. The coastal layer to the south again created a nice "smokey mountain" look, with ridge after ridge of mountain peering above the haze (top picture in this post). 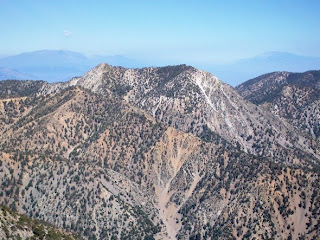 Meanwhile, looking to the east and north, minus the coastal haze, visibility was pretty good. In this shot, Telegraph Peak is in the foreground. Mount San Jacinto rises to the right, while Mount San Gorgonio is to the left. I'm pretty sure I'll be taking the aerial tramway up San Jacinto to do some hiking the next time I head out for dark sky astronomy in the Mojave Desert. 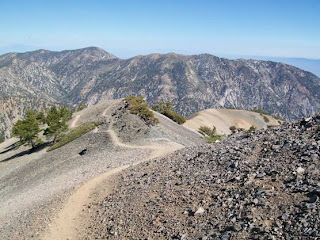 When I finally got back to my car, I was both thirsty and tired. I wasn't actually that hungry, even though I didn't eat anything since around 9:30am. I drove on down to Baseline Road in Claremont and turned west, looking for a 7-11. Didn't see one. After a few miles, I figured I wasn't going to find one. So I shifted to my alternative plan, of visiting Santana's in Pomona.

They're located on Foothill, at Garey (about midway between Towne and Fruit). I'm not sure if their food is objectively good, but I have a strange attraction to this place. Santana's is a small chain. Their other locations are out in the Mojave. The ones in the towns of Joshua Tree and Yucca Valley are both 24 hours, which means they're a welcome pit stop at the end of a long night of observing (on those nights when we observe from Joshua Tree National Park), or at the end of a long day of attempted-hiking or attempted-thrift-shopping.

Probably because I have such fond memories associated with some of those trips (if not necessarily directly to the restaurant's food), when I discovered they had opened a branch in Pomona, I got a little excited. (They also have branches in Palm Desert and Riverside). 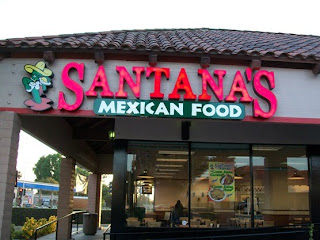 One food I do particularly crave from here is their fish burrito. But, again, I don't know if it's their actual food, or the fact that I associated fish burritos with a dive-ish chain of Mexican food that's based in Tucson--Los Betos. They used to have a Friday fish burrito special that I used to enjoy when I visited my wife during the summer she worked in Tucson.

Yeah, I'm a lot like Chewbacca that way--Always thinking with my stomach. . . .
Posted by SkyHiker at 10:17 PM