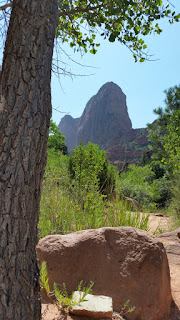 After leaving Parowan Gap, I headed south on I-15, to the Kolob Canyons Section of Zion National Park. I had been to this section numerous times before, but usually just to enjoy the view from the Timber Creek overlook, before continuing on to Las Vegas. I had also once backpacked down into Timber Creek, to see Kolob Arch, Hop Valley, and Beartrap Valley. But I had never been on the Taylor Creek trail. 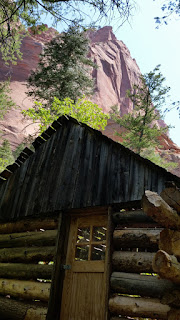 Taylor Creek Trail is given as 2.5 miles each way, with a 450 foot gain. The NPS handout gives a hiking time of 3-4 hours. This seemed excessively long, yet, in practice, the hike did seem to take longer than the distance would have suggested. I assume it's the uneven nature of the trail, and the often sandy surface. In my case, it was 20-30 minutes after I said to myself, "This *has* to have been 2.5 miles" before I reached the sign pointing me to Double Arch Alcove.

It's an easy trail to follow, because you've mostly just going up a canyon. Not a lot of opportunities for wrong turns. 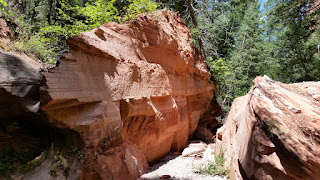 I passed two cabins along the way. They were nestled under red rocks and tree cover.

This whole trail had a fair amount of shade, though it still felt pretty hot. Also, being relatively late season, the water was low. There was a smattering of flowers, and, obviously, some butterflies. 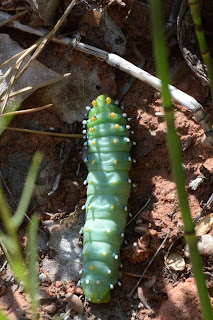 There was also the biggest, freakiest looking caterpillar I had ever seen. Must have been four inches long, at least, so I can only imagine how large of a butterfly it must turn in to. Green, with those colored balls at the end of the many stalks attached to its body.

I turned around at the Alcove. Not sure how much further one could continue up, but I was, as I noted, far more tired than I would have expected 2.5 miles to make me. Also, I had to drive down to Las Vegas, still, and that was going to be about two hours. 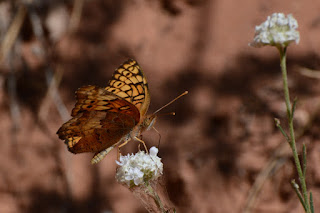 I did enjoy the Alcove for a bit. The canyon overall was not that narrow, and the Alcove was quite large. Yet, because of the shape, the light down there did get the weird red that you only get (or, at least, I have only seen) in a slot canyon. 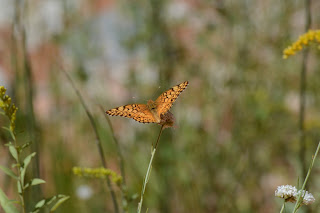 The walk back to the car passed quickly, much more of the pace I would have expected, for the distance. That's why I'm assuming it's the incline that makes the pace so much slower on the way in. Although the total altitude gain is slight, there is a fairly steep initial descent from the road to the canyon bottom and trail, near the start of the trail. That means the gross altitude gain heading up to the alcove is quite a bit more than the net gain would have you believe. 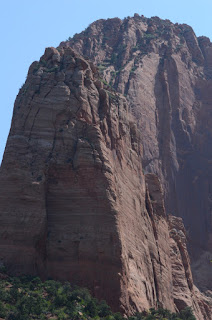 Nearing the last climb back up to the car, there was a young kid, holding a small snake. He wanted to show his dad, who was somewhere behind. Drove me crazy, but I didn't want to get into it with his parents. His mom did ask him several times to release the snake, and I think she knew people around her were thinking that.

I wanted to tell him why it was so important to leave the snake alone, but, again, don't want to be the weird guy who talks to stranger's kids. 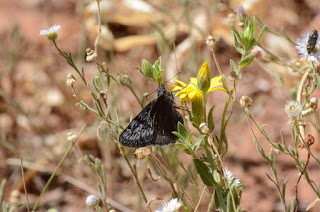 The key for a lot of these wildlife encounters is, even if you think you're letting them go in the end, all that energy you make them expend while they're being handled can be the difference between life and death, later.

There's a reason why you rarely see actual wildlife being fat-- they're in balance Enough calories to survive, but no extra weight that's going to slow them down in the pursuit or while being pursued. Push them just a little bit, and that balance is disturbed, and the creature may not win the next race. 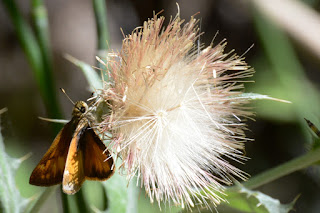 In any event, that was the Double Arch Alcove Hike.

After returning to the car, I still felt well enough to take the short walk to the Timber Creek overlook.

It's given as 1/2 mile, each way. Slight altitude gain. Not too different of a view there than just from the parking lot, but, you know, I'm there for the hiking as much as the views, right? 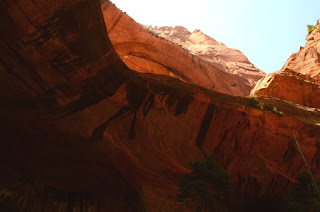 So all the shots after the Alcove, further down below, were from that little jaunt at the end of the five-mile Kolob Canyons Scenic Drive. 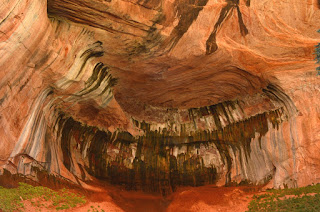 This used to be one of the parts of Zion National Park that was free. Several times while driving between Provo and Las Vegas, I'd buy a take out dinner in Cedar City, then drive up and take the short walk to the overlook to enjoy my dinner in the "wild." Great place to watch a sunset. 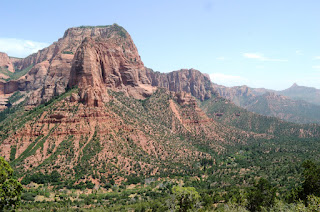 The only easily accessible "free" section of the park I know of now is along the road to Kolob Reservoir. I may try to hit some of that area. Not because it's free, since I already have the pass and can visit anywhere I want for free, but because it's got no shuttle bus. I can come and go as I please, and explore on my own schedule. 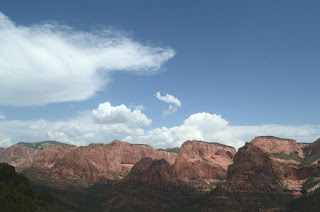 It's also a lot emptier, which is why they don't need to use a shuttle system. So I'm undecided on where to visit, next. I hiked Angel's Landing a number of years ago (a pretty large number!), and, oddly, did not remember it as being that scary. On the other hand, being older and with lousier balance, maybe I shouldn't be doing that? 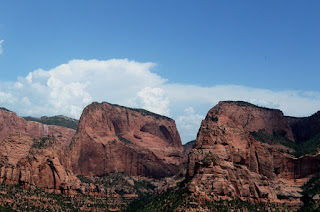 Of course, the other drawback is, it's wall-to-wall people. If I need to take a bathroom break along the hike, I'm not sure if there'll be anywhere I can go!

Either way, I'm going to try for another Zion trip later this month. Might try to get something else later in the month, too. Still trying to decide where I can get in the days off I have this fall.
Posted by SkyHiker at 12:27 PM