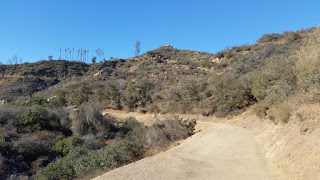 This was an extremely rare three-hike weekend. Well, four, but one was only about 1.7 miles, so it counted as a "B" hike. 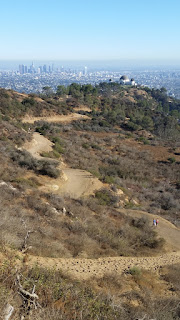 Nonetheless, all four hikes combined added up to fewer miles to some single hikes of years gone by. I'm not having nearly as much time to squeeze hikes in. It's also possible I have some depression going on, because on a lot of weekend days when I do have the time, I lack the motivation to get out of the house.

That's part of what's getting me to plan these out of town trips: Once I put money down for a room, I'm certain to get going. That makes the plan certain enough that I'll get something done that day. 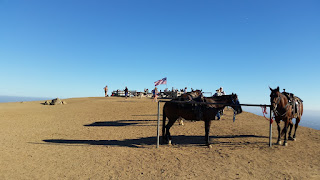 So, last weekend, I drove to Utah. I hiked the Northgate Peaks trail, out of Kolob Terrace Road on Friday, then hiked Angels Landing on Saturday morning, then added the short Pa 'Rus hike after that. Then I hopped in my car and drove back to Las Vegas.

On Sunday, I drove back to the LA area. I had to work that night at the Observatory, so I got there early so as to have time to hike on up to Mount Hollywood, via the Charlie Turner Trail, which begins at the north end of the parking lot that's in front of the Observatory. That made it a "three" hike weekend. 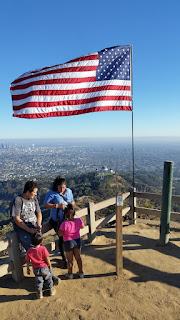 A very large flag was waving in a brisk breeze. Took some camera shots along the way. Then came back down and worked my shift on the front lawn. Fog rolled in and limited our viewing for part of the night. It was sort of a harbinger of the cooler weather that arrived this week.

Still have many hikes to blog, of course. Getting three in over the weekend increased that backlog, but it was still a productive weekend of hiking. Hope to get those blogged over the next week or so.
Posted by SkyHiker at 12:23 AM