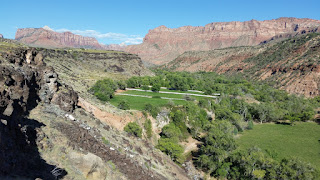 All three hikes were relatively short, however. This one was to be expected, as I needed to drive up from the Los Angeles area, and I rarely get as early a start as I'd like. 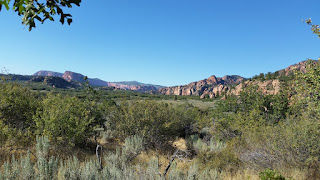 The trailhead is located off of Kolob Terrace Road. From I-15, Take Exit 16, on to UT-9. UT-9 passes through the towns of Hurricane and La Verkin, on the way to Zion. There are plenty of restaurants, motels, and gas stations in Hurricane. A bit later, in La Verkin, the highway makes a 90 degree turn at a light. There's a Maverick gas station/truck stop at this corner, so if you're due for a pitstop, you can pull in just before the light, while you're northbound, do your business, then pull out heading eastbound, after the light. 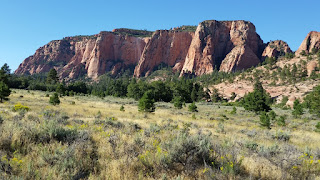 Up until now, you've been able to follow the signs to Zion National Park. Continue about 6.3 miles, until the sign for Kolob Reservoir. There is no signal here, so you'll have to keep an eye out for the sign, which will be on the right side of the road. Turn left, and continue up Kolob Terrace Road about 16 miles.

The road is somewhat winding, and the speed limit is 35mph through most of it. I saw at least two sheriff's vehicles on my drive, and one person getting a ticket, so keep that in mind during your drive. 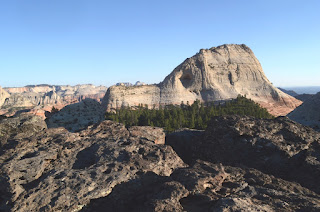 You're looking for the Wildcat Canyon Trailhead. It'll be on the left, after the road has made a series of tight switchbacks to gain altitude, then briefly straightening out. At a sharp hairpin turn to the left, among the arrow signs telling you to how to stay on the road, there's also a sign for Wildcat Canyon trailhead, practically between the arrow signs. Following the sign for the trailhead will take you down a short dirt road, to a small parking area. There's a pit toilet there, but no running water. 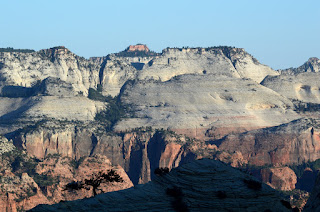 The drive itself is quite scenic. The first three shots in this post are from the drive. The first was overlooking "Sunset Canyon Ranch, one of many inholdings or "adjacent-holdings" of private or state land among the National Park and National Forest land up here. 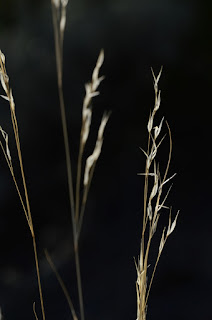 The second shot was down Hop Valley, which I once saw from the other side (down near La Verkin Creek, when I backpacked to Kolob Arch and Beartrap Canyon -- That was cool, but long before commercially available digital photography, so I have no shots I can share of that, for now). The third was of just a pretty rock outcropping above a meadow--don't know the name.

From the parking area, you start off walking through a place that alternates between ponderosa pine forests and open meadow. 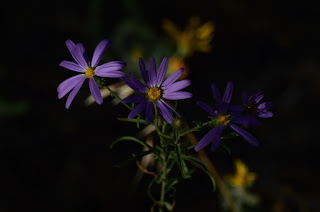 The trail is wide and easy to follow. It's also relatively flat, so the going can be pretty quick. Lots of colorful outcroppings around you, but especially near the end, when you overlook "The Great West Canyon," before you, and the Western Rim parts of Zion Canyon, in the distance. It's not as impressive as the view from the actual Zion Canyon, but it is still, in my opinion, pretty amazing. 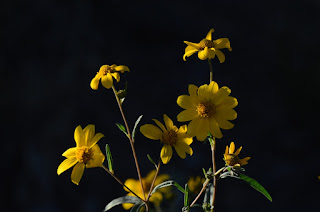 It's also a lot less crowded than the more developed portions of the park. I'm not even sure if I saw any other hikers, once I left the parking lot. 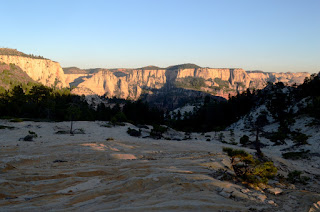 Four miles gets you to the overlook. You don't actually go up any peaks. Not sure if any are safe to climb without technical equipment.

You pass only two trail junctions along the way. At the first one, you basically go straight, or leftish (right is the Connector Trail, towards Hop Valley trail). At the second, you turn a sharp right (left would take you down the "Subway" trail, which requires a permit and careful planning). 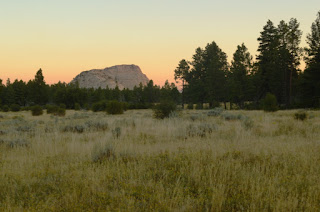 By contrast, the Northgate Peaks trail requires only minimal planning. It's relatively flat, and does not drop into the actual canyon, so flash floods are not an issue. It's a nice little hike if you want something non-strenuous, perhaps to break up the drive along Kolob Terrace Road. (Or, in my case, if you only have time for a short hike after driving up from Los Angeles, and don't want to risk running out of time catching shuttles to a short hike in Zion Canyon). I've read that (presumably, more further up, towards the reservoir), fall foliage can be quite impressive up there. 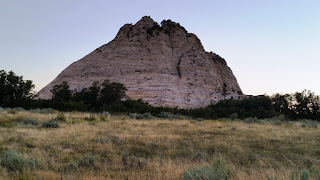 I stumbled across this hike here. That seems like a really comprehensive repository of Zion hiking information.

As noted previously, this was my "Friday" hike last week. The next day, I did the Angels Landing trail, then the Pa'Rus trail. It was a pretty decent overnight to Cedar City trip.
Posted by SkyHiker at 9:48 PM